Meet the Attorneys at The Hill Law Group

A Trusted Family Law Duo Serving Las Vegas and Beyond 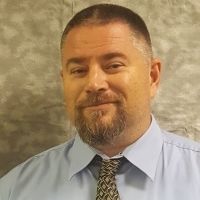 Robert Hill was born and raised in Roswell, New Mexico. He attended New Mexico State University in Las Cruces New Mexico where he obtained his Bachelor’s Degree. While working on his MBA, Robert was accepted to law school in San Diego, California. While in law School, Robert met his current wife and partner, Shauna Hill.

Upon graduating from law school, Robert returned to New Mexico and began his legal career as a prosecutor in Socorro. As a prosecutor, Robert prosecuted all types of cases ranging from domestic violence to murder and everything in between. He conducted approximately 20 jury trials, more than 50 bench trials and numerous hearings.

After prosecuting for 2 years, Robert and his wife moved to Las Cruces, New Mexico where he opened his own office. A majority of his practice was focused on criminal defense while handling various civil cases. After building his practice for a few years, Shauna joined up and worked together to handle a variety of cases ranging from criminal defense to family law.

In 2006, they made the decision to move to Las Vegas, Nevada. There, Robert handled cases ranging from criminal defense, family law, personal injury, nursing home abuse, landlord tenant matters, and general civil matters. One constant throughout his legal career has been his court room work.

Robert and Shauna have 2 daughters. On a personal note, he loves everything to do with cars as he used to race IMCA modifiers and super stocks on the dirt tracks. When he is not spending time with his family, you could find him watching some sort of racing or other sports.

For aggressive, experienced representation in your family law matter, contact The Hill Law Group at (702) 781-7222. Schedule a low-cost case evaluation today!
See what our Las Vegas clients have to say: Read Our Testimonials! 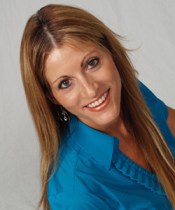 Shauna Hill was born and raised in Southern California. A true beach lover, Shauna spent most of her life in beautiful San Diego. After attending college in San Diego, Shauna began working in the legal field as a paralegal. During this time, she developed a deep love of the law and decided to go to law school in San Diego. While in law school, Shauna met her husband and current partner, Robert Hill.

After graduating, Shauna took a job as a prosecutor in Socorro, New Mexico. There, she handled cases ranging from domestic violence to major felonies. One the highlights of her career was having the opportunity to work on a high profile case that garnished national attention. That case was the State of New Mexico vs. David Parker Ray. It involved allegations that David Parker Ray kidnapped and assaulted several women over several years. David Parker Ray was convicted and eventually died in jail.

After spending 2 years in Socorro, Shauna and Robert moved to Las Cruces, New Mexico and Shauna took a job in Alamogordo, New Mexico as a prosecutor in charge of the domestic violence unit. She regularly conducted grand jury hearings, trials (both bench and jury), and numerous other hearings.

After a few years as a prosecutor, Shauna joined Robert at his practice in Las Cruces where she handled family law, personal injury, criminal defense and other matters. In 2006, they moved to Las Vegas where she focused her attention on raising her family.

In 2009, Shauna opened her own office while Robert worked at other firms in Las Vegas. She focused her attention on family law and personal injury matters. She gained experience in the court room and conducted several jury trials over the years.

On a personal note, Shauna enjoys spending time with her family and getting to San Diego as much as possible.

Attorney Shauna Hill is dedicated to providing Las Vegas with honest and quality legal representation. She has over 20 years of experience in the legal field and regularly attends conferences and training designed for Family Law Practitioners.