Child Custody Dedicated to All of Your Family Law Needs

Helping Those in Nevada Stand up for Parental Rights

Divorcing parents face the daunting task of having to make major decisions before they end their marriage. One of the most important issues that couples must resolve is the custody of their children. In these instances, parents should turn to experienced Las Vegas custody lawyers. At The Hill Law Group, our team of attorneys can help you consider all the factors involved in making this monumental decision about your children. We can assist with establishing custody, modifying custody, and paternity matters related to custody.

Do you need family law legal representation for a child custody matter in Nevada? Contact The Hill Law Group at (702) 781-7222.
Read Our Testimonials Page!

Types of Child Custody in Nevada 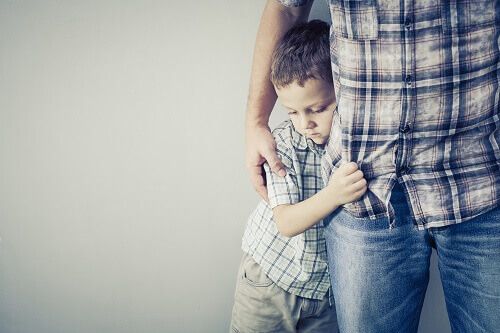 In Nevada, the Court’s main consideration when determining child custody or visitation is the best interest of the children. A court will not grant custody to parents based solely on the fact that they are the mother or the father of the child. In some cases, a judge may ask the children with whom they would like to live or order a child interview.

The types of child custody in Nevada are: legal custody and physical custody. The courts generally tend to award joint legal custody except in unusual cases. Legal custody gives parents all the rights and responsibilities to make decisions in regard to their children’s medical care, education, religion, and welfare. Physical custody is the actual amount of time a parent has with a child.

In general, courts tend to award joint legal custody except when it’s not in the best interest of the child. Joint legal custody (also referred to as shared legal custody) is when parents share the authority to make decisions for and about their child or children.

You need to clarify in your custody agreement which type of legal custody arrangement you want because this determines who will make decisions about your child’s medical care, religion, education, and more.

There are several different ways that legal custody can be shared:

Why Hire a Child Custody Attorney?

Having the representation of a competent child custody lawyer in Las Vegas can help you for many reasons.

How Do I Prove My Ex Is Unfit as a Parent?

Is It Harder for a Father to Obtain Sole Custody?

It is hard for either parent to fight for sole custody of a child. A mother has no more rights over the child than a father has. Prior to going to court, each parent has equal rights to the child. Regardless of whether you are the mother or the father, you both have equal rights to the child unless and until you can prove to the court that the other party is unfit to have custody. The United States Constitution guarantees equal protection under the law. Therefore, the father is protected and has equal rights.

What is the Legal Age for a Child to Decide Which Parent to Live with in Nevada?